Ministry of Culture Confirms the Return of Khmer Cultural Objects

The Ministry of Culture and Fine Arts has announced a historic event whereby the family of the collector, the late Douglas Latchford, is giving his entire extraordinary collection of Khmer antiquities to Cambodia after three years of negotiation.

These master works date back as far as the 6th century to the post-Angkor period and include Khmer treasures from the royal cities of Koh Ker and Angkor. These antiquities constitute one of the greatest collections of Khmer cultural heritage outside of Cambodia and will be exhibited in Phnom Penh at the National Museum. The first five items, including a stone sculpture of Shiva and Skanda and a bronze ship's figurehead, are due to arrive soon. There will be further announcements of the arrival of other major pieces in different stages.

"The current peace and political stability through the win-win policy of the Royal Government of Cambodia has created an opportunity for the return of the souls of Khmer ancestors, which departed from their motherland. This complex task could be accomplished under the highest guidance and full support from Samdech Akka Moha Sena Padei Techo Hun Sen, Prime Minister of the Kingdom of Cambodia as well as coordination from relevant ministries and many other dignitaries in both public and private institutions. The return to Cambodia of these pieces underlines Cambodia's commitment to the repatriation of its cultural properties to Cambodia. Their return is an incredible event for the Cambodian people and the world," said H.E. Mrs. Phoeurng Sackona, Minister of Culture and Fine Arts.

The ministry will continue to work to restore and preserve Cambodian cultural heritage and looks forward to further collaboration with the family and other collectors across the globe.

On behalf of the Royal Government of Cambodia, H.E. Minister thanked Ms. Nawapan Kriangsak, daughter of the late collector, for her initiative and generosity of spirit in contributing to the celebration of the rich cultural history of Cambodia. She also thanked the staff of the Ministry of Culture and Fine Arts, Mr. Bradley James Gordon, Mr. Stoven Andrew Homberg and Mr. Charles Webb who for more than three years worked with the ministry’s team on the return of these priceless pieces of Khmer heritage.

"When I started this conversation three years ago, I could not anticipate how complex it would become. I am delighted that this complete collection, gathered over many decades, will be returned to their ancestral home in the Kingdom of Cambodia. I am grateful to the Minister and her colleagues for their vision and cooperation, and to Messrs. Gordon, Heimberg and Webb for their dedication to ensuring this positive outcome," said Ms. Nawapan Kriangsak.

H.H. Princess Norodom Chansita, the daughter of the internationally renowned Khmer Royal Ballet dancer, the late HRH Norodom Buppha Devi, said: "I am pleased to hear about this extraordinary collection returning to Cambodia as all of these treasures were created for and by many of our ancient Khmer kings over a six-hundred-year period of the Angkor civilisation. I am very pleased, on behalf of the royal family, to see these sacred objects come back to Cambodia."

"This extraordinary return of Khmer antiquities follows in the footsteps of my father's work, the late Deputy Prime Minister Sok An, to preserve Cambodian culture and celebrate our history. I look forward to finding new ways to share with the world the incredible cultural achievements and history of Cambodia. I also look forward to contributing to efforts to bring back more Khmer Cultural Properties to Cambodia," H.E. Sok Puthyvuth stated. 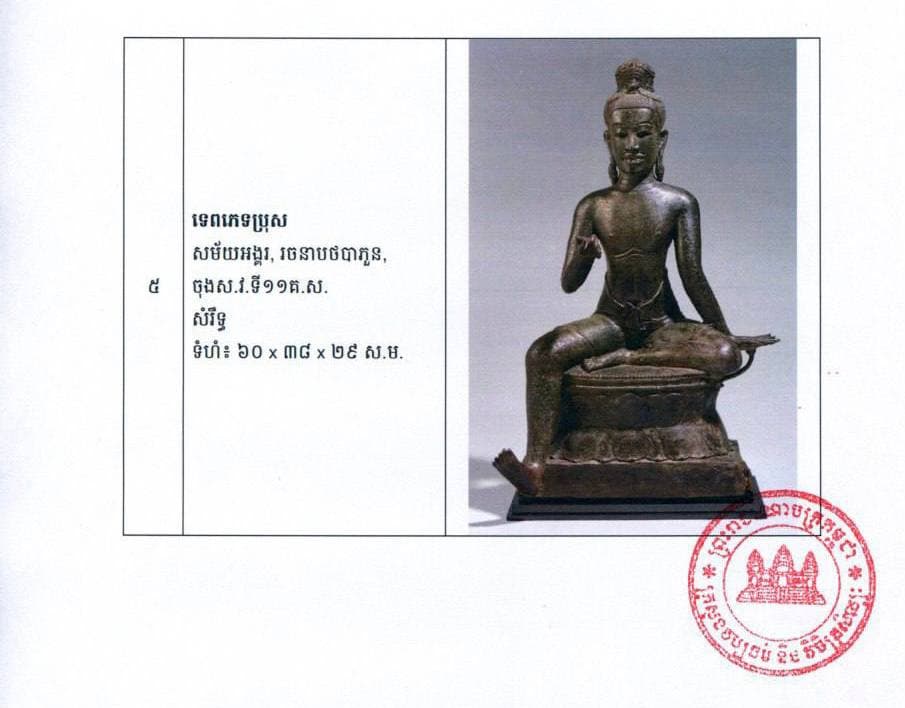 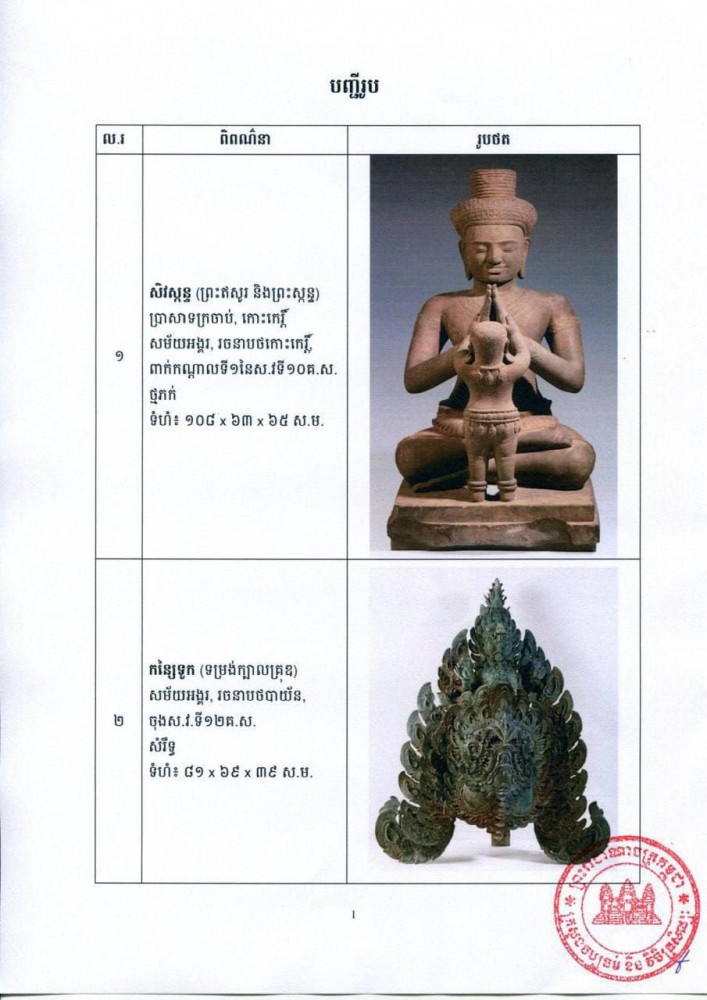 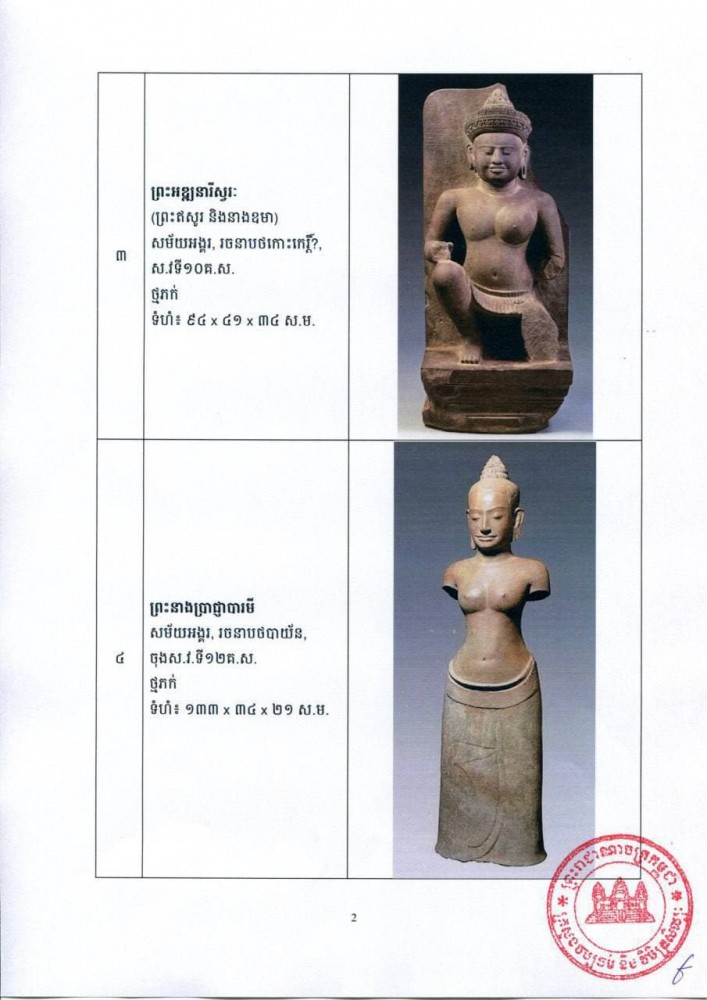