“Troddi” (Troddi) is one of the much-liked Khmer folk dances performed most often on the occasion of Cambodia’s traditional New Year “Chaul Chhnam Thmei” to drive out all bad lucks in the old year and wish for the good in the new year, and on some big festivals.

It also used to be performed at praising-for-rain rite when long spells of drought struck a locality.

Actually, nobody knows when and where ‘Troddi” first appeared in Cambodia. According to one hypothesis it might be linked to people’s belief that if a wild animal got in the village, it would take from them good lucks, so they gathered, sprayed some kinds of fragrance and spread pigments on the animal asking it to give them back good lucks. Maybe in this process “Troddi” dance was created with performers, representing different animals such as red deer, bull, peacock, who would appear before the villagers for being sprayed with fragrance and painted with pigments. In so doing, the people believed that if a real animal comes, no harm will be done to them. From then on, the dance was performed every year.

Yet, according to some documents, the “Troddi” dance took origin in ‘Samre’ national – an ethnic group – living together with the Khmers on the old land of “Sovannaphum” (golden land) when it was not influenced by Indian civilization (from the 1st century).

Then, the dance has become a heritage of the Cambodian people, worthy of note is that now a small number of ‘Samre’ people are still living in the northern part of Tonle Sap Lake.

In the former time, the “Troddi” dance was brought to perform on every New Year occasion before the kings and royal families to wish them the Happy New Year. This also explains why “Troddi” is still very popular particularly in Siem Reap province and the vicinity of the former capital city of “Angkor Wat” which was built from the 9th to the 13th century.

The number of dancers varies according to the people’s wish, but usually about 16, including four main dancers, two female and two male, one as a stag which represents evil forces, a ‘Dangdol’ (a person who carries some kind of musical instrument), four ‘Kanhche’ (person who clowns here and there), two giants, two monsters, two drummers, a hunter and some others. 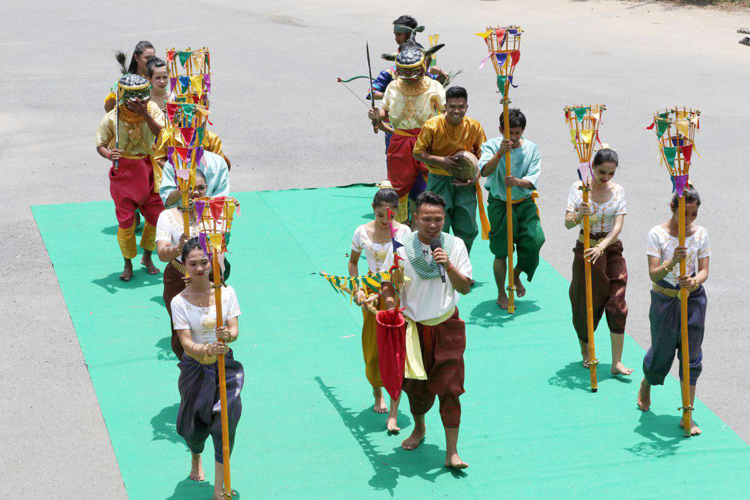 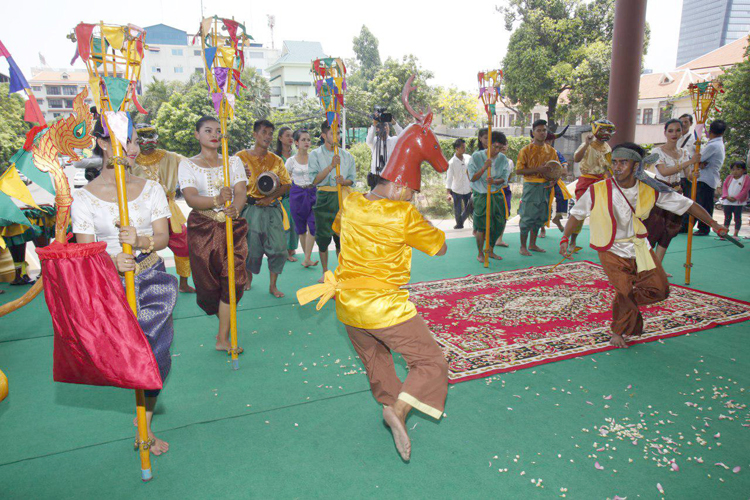 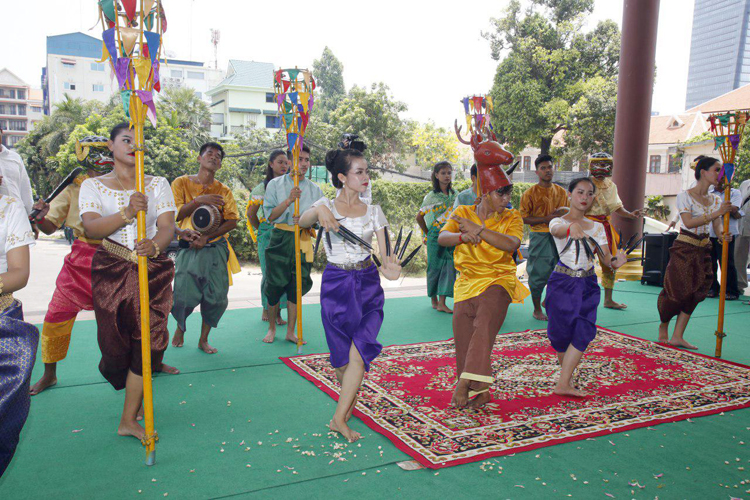