Cambodia Reaffirms to Host the Asia-Europe Meeting (ASEM) 13 in Nov. 2020

Cambodia has reaffirmed that it will host the Asia-Europe Meeting (ASEM) Summit in November, said H.E. Luy David, Secretary of State of Ministry of Foreign Affairs and International Cooperation, stressing that it will be the world’s largest summit post-COVID-19.

“Our plan is still there and we are ready to host the ASEM13 from Nov. 16-17, 2020, in Phnom Penh under the theme: Strengthening Multilateralism for Shared Growth”, said H.E. David on Thursday.

The Asia-Europe Meeting (ASEM) is an intergovernmental process established in 1996 to foster dialogue and cooperation between Asia and Europe. The group has 53 partners, including 30 European and 21 Asian nations, the European Union and the ASEAN Secretariat.

The group mainly addresses political, economic, social, cultural, and educational issues of common interest, in a spirit of mutual respect and equal partnership. Cambodia has been a member since the 5th ASEM Summit in Hanoi in October 2004. She joined as the tenth member of ASEAN in 1999. 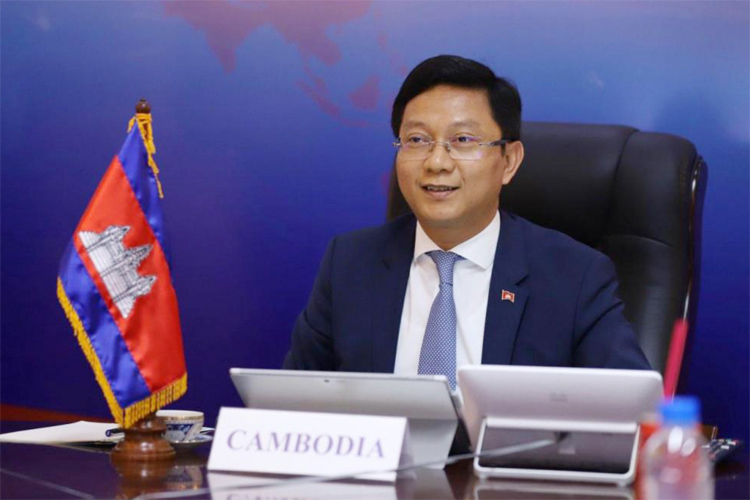 H.E. David, who handled the preparations of facilities for the coming event, said that the construction is almost complete on the nearly 26,800 square metres site. More than 100 rooms are being equipped with facilities to serve the needs of several hundred delegates.

Since February 2020, Cambodia’s Ministry of Foreign Affairs and International Cooperation has couriered 53 letters of invitation signed by Prime Minister Hun Sen, many of which have responded that they will attend the summit.

“From Prime Ministers to Vice-Presidents, the European Union and the ASEAN Secretariat, among others have confirmed that they will join the summit. It will be the world largest summit post-COVID-19,” said H.E. David.

More than 20 hotels in Phnom Penh have been booked for the event. The Sub-Committees of the preparation committee for ASEM13 said that they are well prepared, said H.E. David, citing an internal meeting on ASEM preparation last week.

“As far as we are concerned, there is nothing to worry apart from the risk of COVID-19,” he said.

Cambodia has 124 patients of COVID-19, of which 122 have recovered and two remained hospitalised. There has been no report of deaths.

Cambodia’s officials said that the summit must be attended in person rather than by video conference due to the size of the delegations. Cambodia foresees that the summit will be held as planned.

“Summit means a lot to Cambodia,” said H.E. David, who has been engaged in Cambodia’s foreign policy since mid-1990s. “This clearly shows the strong commitment and goodwill of the Royal Government of Cambodia in the sense of integration of the country into regional and international community.”

“We also want to show to the world Cambodia’s role in addressing global issues,” he added.

“Last, but not least, Cambodia is telling the world that she overcame numerous obstacles of the former war-torn nation to now being a country that chairs world class summits. It is a record for Cambodia for receiving the largest delegation ever,” said H.E. David with pride. 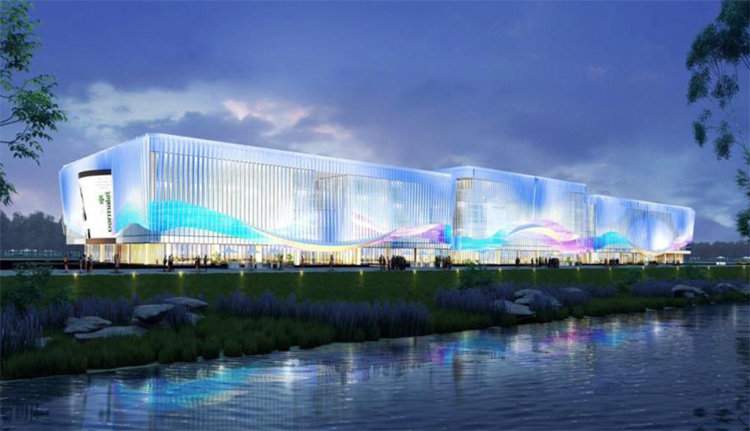 The Southeast Asian nation was not well-known to the outside world in the past. But, she became more famous in the 1940s and 50s thanks to the ancient temples of Angkor built in 12th century, nature and less positively, wars.

French colonisation of Indo-China in the 19th century and early 20th century, covering Cambodia, Vietnam and Laos, made Cambodia known to the West.

When the World War 2 arrived, Japan invaded Asia and interrupted French rule over Cambodia in 1945. After WW2 the French remained in power, yet still not much was known about Cambodia except for the Mekong River and the famed Temple of Angkor Wat.

After the French pulled out of Cambodia in 1953 after more than 66 years, another war emerged, the Cold War which spread to Cambodia. Then came the Vietnam War, called The American War in Vietnam, from 1965 to 1974 and Cambodia, due to its geopolitics, could not avoid becoming part of the American game of war in the region. Cambodia, which was neutral in the conflict, became known because of its involvement in that conflict.

U.S. bombardment of the Ho Chi Minh Trail that covered part of Cambodia’s eastern land border with Vietnam was exposed widely on western media as a secret war.

The Vietnam War brought negative impacts on Cambodia’s domestic politics, and was followed by factional fighting throughout the 1970s.

One side supported by the communist led by the then-Soviet Union, and another backed by the ‘free world’ group led by the United States. An Iron Curtain dropped across the world.

Cambodia then fell into the flames of war in the early 1970s when the communist Khmer Rouge fought the liberal pro-U.S., Khmer Republic. Finally, before Pol Pot of the Khmer Rouge came to power on April 17, 1975.

Pol Pot plunged his own nation into the killing fields. It is believed that between 2 to 3 million Cambodians died of starvation, execution, disease, and forced labor. The country’s infrastructure was destroyed to ground zero.

The country’s intellectuals, the country assets, died under the genocidal regime of the Khmer Rouge. The slaughter ended with Vietnam’s invasion on January 7, 1979.

The wars tore the country apart and was reported by foreign press. The killings fields and conflict of Cambodia were heard around the world.

After all those years of war, fighting, separations, and sufferings of all forms, after the fall of the Khmer Rouge in January 1979, Cambodia’s capital, Phnom Penh was a “ghost city”. More than one million Cambodians had been forced to leave the capital for the countryside where they died of starvation, forced labor, executions, and disease. 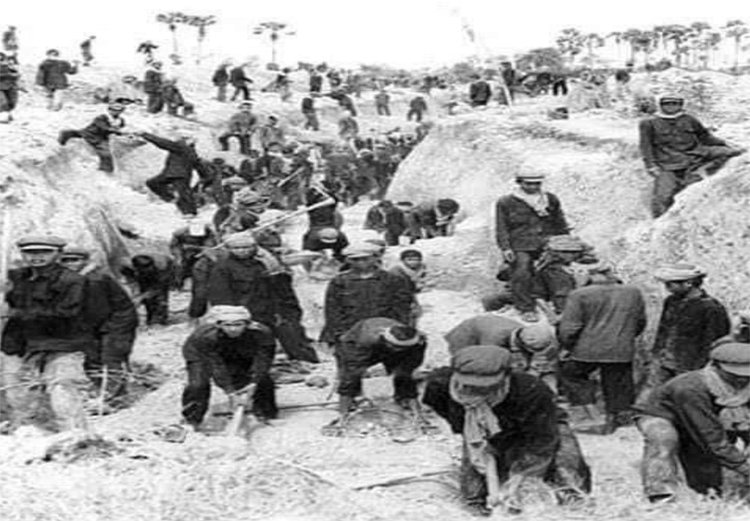 Cambodia continued to be victimised by the global ideologies of liberalism and communism, the results of which were sanctions against sending much-needed aid to the shattered nation. For ten years the country was embargoes, from 1979 to 1989, while Vietnam occupied Cambodia.

Then, in 1991, the Berlin Wall was demolished, the iron curtain was torn down, the Soviet Union collapsed and with it, the Cold War ended.

These factors shaped Cambodia to pave the way for peace now that that Cambodia’s factional groups had lost their support from outside. The complex global trend of this wind of change brought the four contending factions together to sign a peace deal known as the “Paris Peace Agreement”, which 18 countries including the superpowers witnessed, on October 23, 1991.

However, the complete peace did not prevail, despite the United Nations spent US$2 billion in the process of national reconciliation and, mainly, the U.N. organised elections in May 1993. In other words, Cambodia’s internal civil war did not end: the outlaw Khmer Rouge continued to terrorize the country in many parts. A prime example, Khmer Rouge ambushed a train heading to the Southwest provinces in July 1994 and abducted three western backpackers, French Braquet, Briton Mark Slater, and Australian David Wilson, along with other Cambodians. The three foreigners were killed two months later.

Luckily, “the win-win policy”, championed by Prime Minister Hun Sen in 1998, put an end to the political and military organisation of Khmer Rouge, and was followed by mass defections of the bandits to join the Royal Government.

The First time in at least 100 years

Finally, a Cambodia that lived in peace as one nation emerged for the first time in 100 years under the leadership of Prime Minister Hun Sen.

‘We have spent so much flesh and blood to achieve and guarantee for the first time, if not in 500 years, at least 100 years after the French colony, unified our land and water in our history. At whatever price it may be, we will not fail to take action,” said Prime Minister Hun Sen at the launch of the National Strategic Development Plan (NSDP) for 2019 through to 2023.

“We will not leave our people to die, to suffer from wounds and family separation as in the past because of what some have done to us. We respect process of democracy. We will give way and right to whoever wins the elections democratically, but not through seizing of power,” said the Premier.

Spokesman of the Council of Ministers,

Advisor to the Information Ministry