Bertia cambojiensis - a critically endangered giant land snail has been rediscovered by scientists in Cambodia, according to Cambodian Journal of Natural History(CJNH).

It is currently listed as Critically Endangered and has hitherto only been recorded in the present-day territory of Southern Vietnam. As high-levels of deforestation are occurring in the region, further information is required to improve understanding of its population status and enable monitoring and conservation actions.

"We document the ﬁrst records of Bertia cambojiensis in Cambodia and describe the morphology of individuals encountered relative to descriptions," said CJNH.

In November 2018, four live individuals and a 14 empty shells of B. cambojiensis were encountered in O’Reang District, Mondulkiri province. This area forms part of the Keo Seima Wildlife Sanctuary (KSWS) which was declared in 2016 and is managed by the Cambodian Ministry of Environment.

Bertia cambojiensis  is characterised by a sinistral, helicoid shell which has a black and red-brown base encircled by a broad white band. A narrow dark brown stripe with a helical shape is present along the suture edge of body whorl and broadens close to the lip.

B. cambojiensis was observed in evergreen forest in KSWS. During the survey in the early dry season of November, live snails were sighted on the dry ground in leaf litter ≤20 metres from a stream with water. Others were found in shade under logs and fallen trees.

B. cambojiensis was first recorded in Cambodia in 1860. 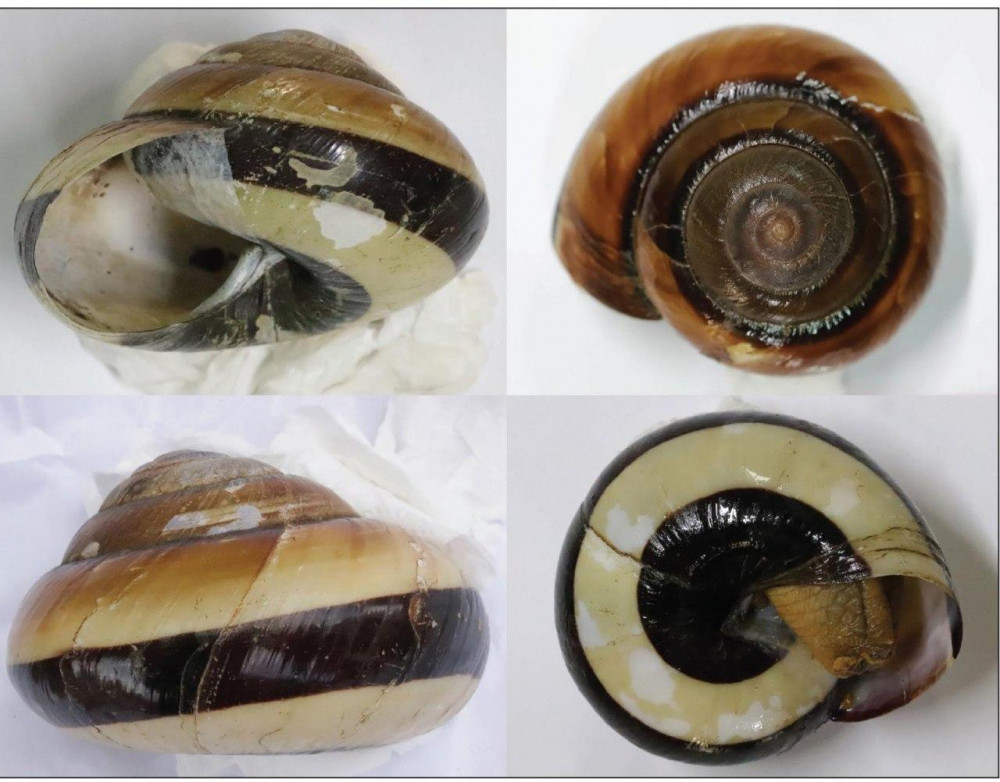