Today our countries should be celebrating the 60th anniversary of their diplomatic relations and Covid-19 prevented it, but what it cannot do is weaken our friendship. A friendship as old and strong as ours is immune to viruses.

Cuba and the Kingdom of Cambodia established diplomatic relations on April 15, 1960. A year and months had passed since the triumph of the Cuban revolution, and in a context in which the Caribbean island extended its ties with other Asian countries. Since then, these relationships have passed all tests. The relations of friendship, cooperation, mutual assistance and support between Cuba and the Kingdom are unbreakable, even in the most difficult moments.

Even geographical distance has not been an impediment. These ties have been one of the legacies of the historic leader of the Cuban Revolution, Commander in Chief Fidel Castro Ruz, and King Norodom Sihanouk. Both were also founders of the Non-Aligned Movement and their ideas of progress, peace and justice contributed to mutual respect and admiration.

Throughout these six decades, bilateral relations treasure indelible moments, such as the opening of the Cuban Embassy in Cambodia by Raúl Valdés Vivó in 1967, in the midst of a war for national independence. Melba Hernández, a Cuban Hero, was accredited here on March 23, 1979 as the first female Ambassador of Cuba in Cambodia, concurrent from Vietnam. That is another memorable moment in relations between our countries. Both leaders were key figures in the history of the Cuban Revolution.

In 1979, the first medical brigade traveled to Phnom Penh with the mission of helping to revitalise the health system, after the liberation of the Khmer Rouge genocidal regime. At the beginning of this century, other doctors came and they provided services through the Comprehensive Health Programme, while many young Cambodians graduated from Medicine in Cuba. The Caribbean Island provides scholarship programme for Cambodian youths. The Association of Cambodians graduated in Cuba promotes the solidarity between La Havana and Phnom Penh.

The Cambodian authorities always appreciate these gestures and describe them as one of the island's most valuable contributions to the country's progress and to the friendship that we profess.

Prime Minister Hun Sen visited Cuba in 1999 and held a meeting of more than 10 hours with Fidel and received from him the José Martí Order, the highest from the Republic of Cuba. 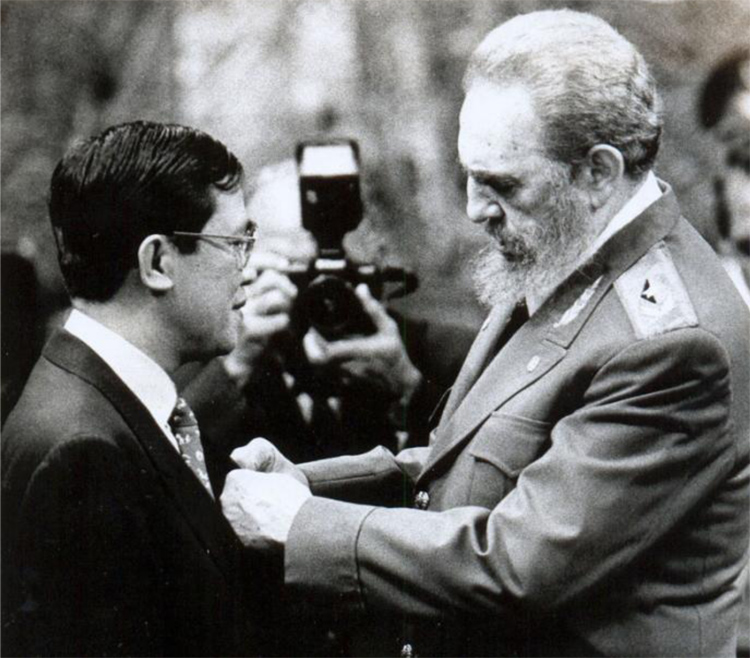 PM received José Martí Order, the highest from the Republic of Cuba.

This year, PM had planned to visit Cuba a third time as Head of Government, in recent March, but due to the situation of COVID-19 around the world, that trip has been postponed. 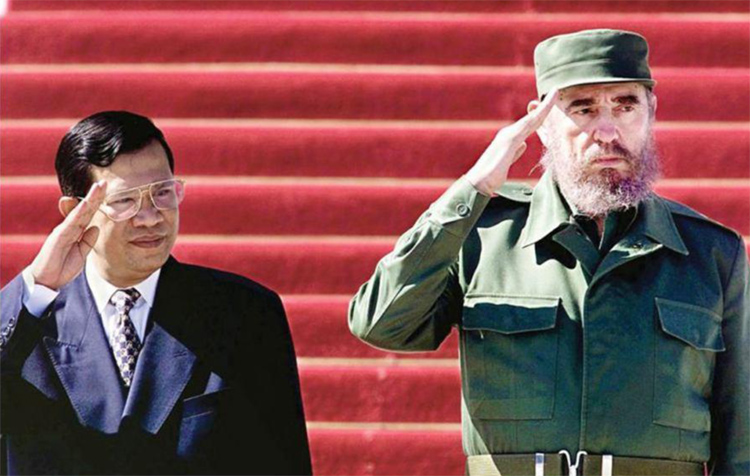 Currently, there is a high level of concertation between the two nations at the multilateral level, with manifest mutual support in international forums and organisations. Cambodia, for example, has consistently and firmly voted against the United States' blockade of Cuba, which it calls unfair and immoral. And that is his position on all occasions and international tribunes.

We have very close parliamentarian relationships, express through the exchange of visits and mutual support on international arena. The Parliamentary Friendship Group Cambodia-Cuba is very dynamic.  The Cuban Communist Party and Cambodian People’s Party agreed to work together to improve the historical friendly relations between both organisations. This was a result of exchange of experiences and information. 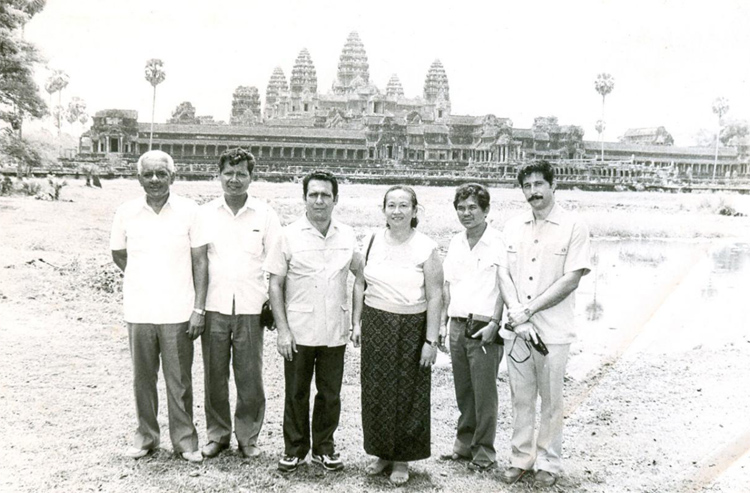 Concerning to the cultural field, the exchange has also been relevant. Cambodia, formerly known as the Republic of Kampuchea, was a source of inspiration for the distinguished filmmaker Santiago Álvarez who titled one of his documentaries "I have faith in you", after visiting the country in difficult times. In the summer of 2016, the First Dancer of the National Ballet of Cuba and its current director, Viengsay Valdés, made a masterful presentation in which King NORODOM Sihamoni participated. 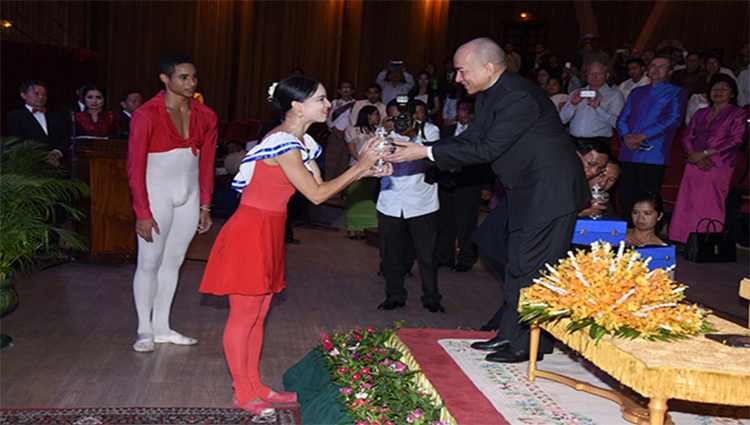 First Dancer of the National Ballet of Cuba and its current director, Viengsay Valdés, made a masterful presentation in which King NORODOM Sihamoni participated.

Personally, I consider as a privilege that Cambodia is the first country where I have been accredited as the Extraordinary and Plenipotentiary Ambassador of the Republic of Cuba. I have studied the history of this country for many years, and I am moved by how, despite how hard it has been to struggle, dreams of peace advance and become consolidated. I am impressed by the admiration and respect professed by Cambodian leaders for the Cuban Revolution, with whom I have had the opportunity to exchange since I presented the credentials in December of last year. 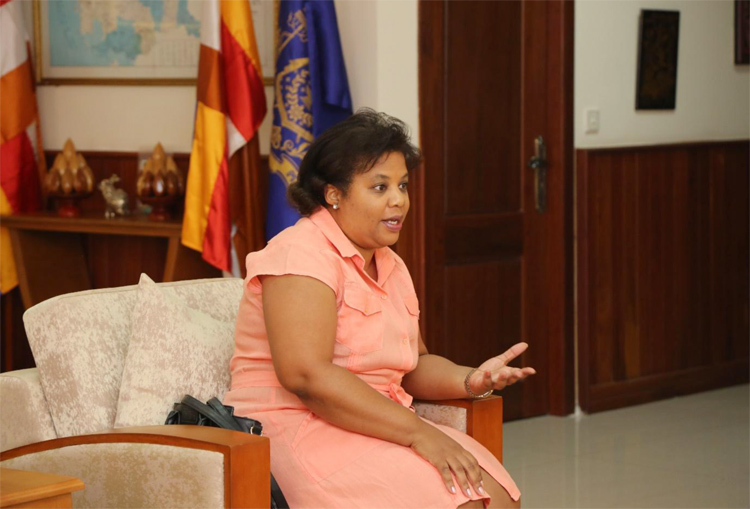 I have expressed to the Cambodia´s authorities my belief in the Royal Government’s ability to control the outbreak of the new coronavirus (COVID-19) in the Kingdom. Despite not having sophisticated health equipment, they have managed to mitigate the impact and recovery of the vast majority of patients. It is noted how the cured patients have expressed their appreciation. It is an example of solidarity of a small country towards the rest of the world. This is also how Cuba behaves, despite being an island that is US blocked and we are affected by the new coronavirus, we do not stop supporting other countries in the world by sending doctors and nurses to Italy, Andorra, Angola, Togo, Honduras, among others.

Although we have postponed the commemoration of the 60th anniversary for the epidemiological conditions, we remember the anniversary. In these moments, the main leaders of both nations exchange congratulatory letters and recognise the reciprocal contributions in the development of ties, as well as the desire to continue increasing them in various spheres. 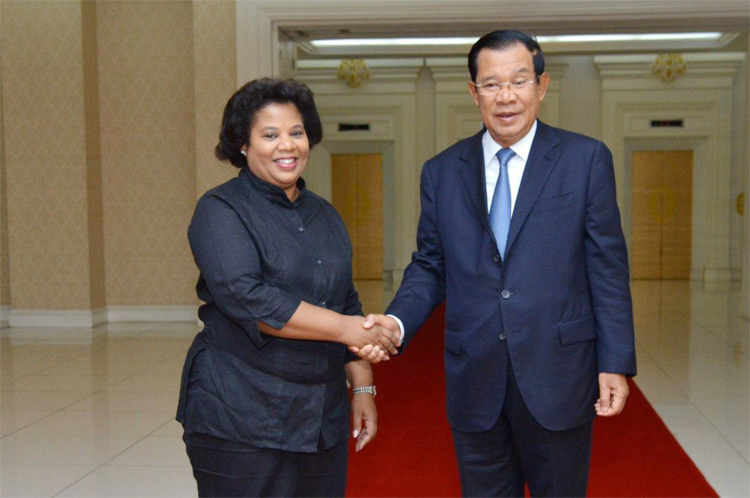 We will continue working to expand our ties, and we are sure that our friendship is immunised against any virus.

Ambassador of Cuba to the Kingdom of Cambodia

Information Secretary of State Offers Tean Vossa and Other O...