As the Khmer New Year holidays have been postponed in order to prevent the spread of COVID-19, factory workers have not returned to their homeland, but go to work as usual at the appeal of the government.

Scores of interviewed factory workers said that they continue to work as usual even though they feel sorry of not being able to visit their parents and relatives at their homeland during the Khmer New Year to begin early next week.

“I'm sorry that I cannot visit my homeland in the Khmer New Year this year because my factory asked me and other workers to work as normal,” said Mrs. Chan Sokhean, a mother of two daughters from Svay Rieng province who works at a factory in Takhmao city, Kandal province.

To prevent the possible spread of COVID-19, the Royal Government of Cambodia has decided to suspend this year's Khmer New Year holiday and called on the civil servants and staff at private companies, including factory workers, to work as usual.

The preventive measures also include the ban of travelling and movement of people from province to province.

Another worker in the same location echoed what mentioned Mrs. Chan Sokhean, saying that he and his wife go to work following the government’s appeal.

“Factory informed all workers to work as usual, so we have to follow,” Mr. Meng Lin, a father of a daughter said at his home in Prek Ho village, Kandal province.

Ministry of Labour and Vocational Training has recently announced measures for workers and employers during the cancelled Khmer New Year celebrations next week to manage COVID-19 spread.

One of the measures calls on all workers to be in service as usual and if they take paid leave, they need to undergo 14-day self-quarantine when resuming work, the ministry said.

Another measure requires all employers to record their workers who will take paid leave during the said period and report to the ministry, the announcement said, adding that the record will help the ministry to work with concerned authority to monitor the workers in case they are contracted with dangerous disease when travelling during the break.

Workers said that despite their disappointment of not being able to celebrate the Khmer New Year in their homeland, they welcomed the preventive measures taken by the government, stressing that the measures are to secure their health against the COVID-19 infection.

“I think that the measures are good because the government tries to stop any possible spread of the virus,” said Mrs. Sokhean. “I am really afraid of getting infected by the virus if I travel to my homeland […].”

Prime Minister Samdech Akka Moha Sena Padei Techo Hun Sen has expressed thanks to his compatriots for their understanding over the travel restrictions within the country. “Thank you, dear compatriots for having understood the travel restrictions from one province to another at this time. This is for the happiness and safety of your own, of others and the whole community amid the COVID-19 pandemic," wrote the Premier on his official Facebook page yesterday.

Samdech Techo Hun Sen also thanked the workers for going to work as usual in line with the Royal Government's appeal in order to prevent the spread of COVID-19.

"You decide to work, it is the safest place rather than relaxing in an unsafe place while the country is fighting the COVID-19 epidemic. Thank you all for your contribution to containing the contamination of this deadly disease,” said Samdech Techo Hun Sen in another Facebook post. 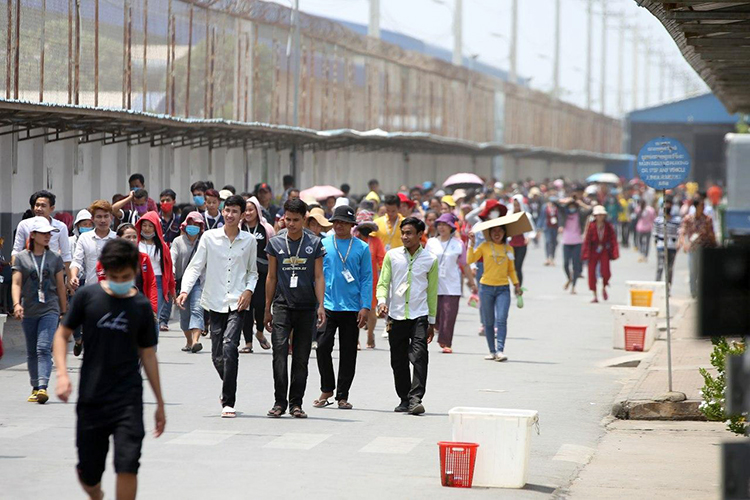 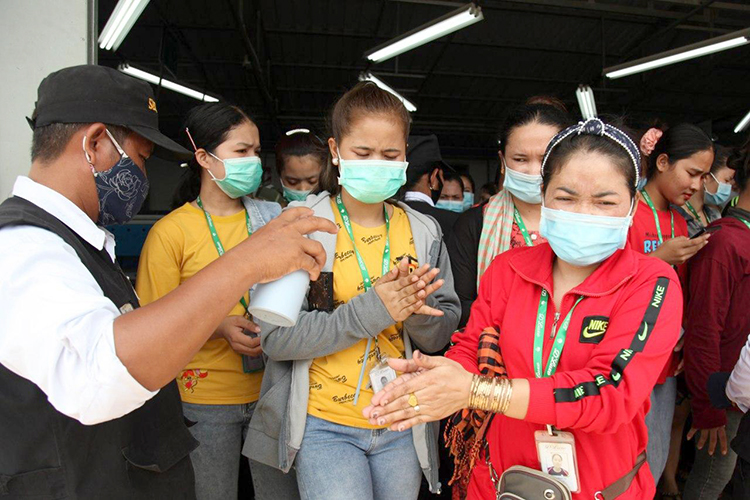 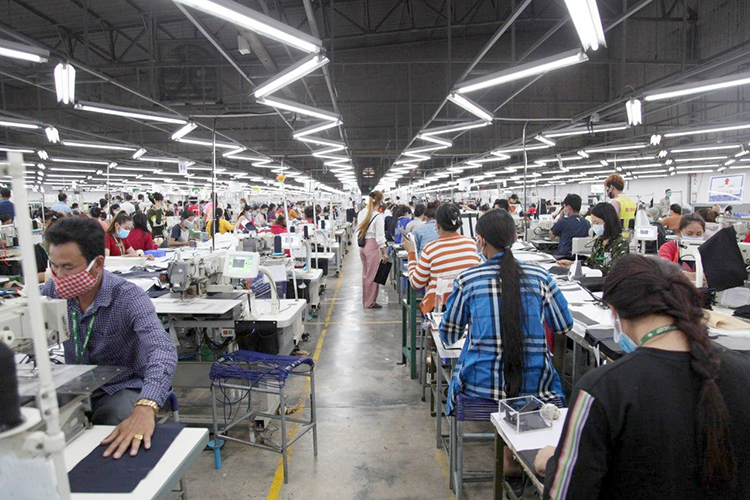