The Siamese crocodile is now extinct in 99 percent of its former range with fewer than 250 adults remain, mostly in Cambodia, according to Fauna and Flora International (FFI)'s record.

To preserve them, FFI is collaborating with the Cambodian government and local communities to safeguard the remaining wild crocodiles and their habitat by developing crocodile sanctuaries protected by local community wardens.

FFI is working closely with communities to support the sustainable livelihood development in the areas where it has worked.

The Siamese crocodile is a medium-sized, freshwater species distinguished by a prominent bony crest at the back of its head.

Siamese crocodiles were once widespread throughout much of mainland Southeast Asia in a range of wetland habitats including slow-moving rivers, lakes, marshes and swamps. Regrettably, the species has now disappeared and was widely feared to be extinct in the wild until its rediscovery during FFI-led surveys in Cambodia’s Cardamom Mountains. 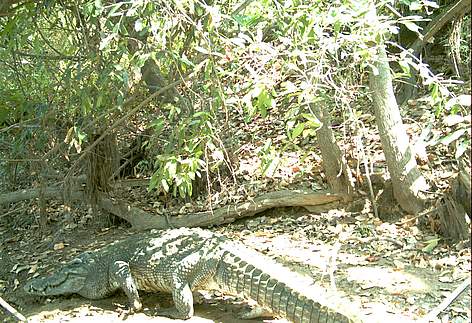