Samdech Akka Moha Sena Padei Techo Hun Sen, Prime Minister of the Kingdom of Cambodia, has re-appealed to his compatriots both inside and outside in the country to exercise restraint regarding the case of a Cambodian-American man throwing a shoe to him during his stay in the U.S. for the ASEAN-U.S. Special Summit last week.

The Premier made the call while holding a get-together with the medical team of Samdech Techo Voluntary Youth Doctor Association (TYDA) at Chroy Changvar Exhibition Centre in Phnom Penh this morning.

Samdech Techo Hun Sen also underlined that the Cambodian Ministry of Foreign Affairs will not make any diplomatic note demanding the U.S. to take legal action against that man, but it depends on the U.S. law and let the U.S. decide.

“If the United States considers such an act as part of a freedom of expression, it could spread to other countries, including Cambodia,” he said. “This is not a threat, but just an analysis.”

In his recent voice message, Samdech Techo Hun Sen expressed his pride of his compatriots living in the U.S. and Canada for upholding their dignity and respecting the American laws despite the incident.

The Prime Minister asked them to continue to be patient against incitement, which is an extremist attitude of the opposition who see themselves as heroes when they violate the law and show the essence of extremist violence. 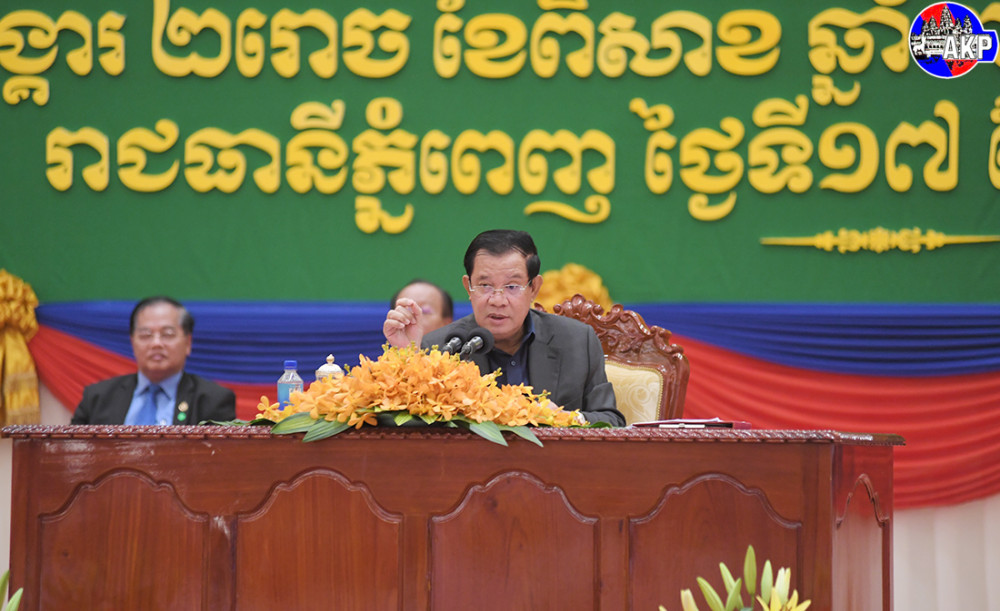