Cambodian Parliament will host the 43rd General Assembly of the ASEAN Inter-Parliamentary Assembly (AIPA) in September 2022.

The planned schedule was announced by Samdech Akka Moha Ponhea Chakrei Heng Samrin, President of the National Assembly after taking over the rotating AIPA chairmanship from his Brunei counterpart, H.E. Pehin Dato Abdul Rahman Taib, at the closing ceremony of the 42nd AIPA General Assembly held via videoconference this afternoon.

Samdech Heng Samrin was convinced that the AIPA members will be able to physically gather in the 43rd AIPA General Assembly in the beautiful land of the Kingdom of Cambodia despite uncertainties over the COVID-19 situation.

“The Cambodian parliament looks forward to working closely with the AIPA Secretariat, as well as the AIPA Member States and partner countries to continue to strengthen our good work and ensure the achievement of the common vision and aspirations of ASEAN, especially the realisation of the people-oriented and people-centred ASEAN Community,” he stressed.

AIPA serves as a legislative body of ASEAN member countries who take turn to host this annual event based on alphabetical order of the countries.

Cambodia became a member of ASEAN Inter-Parliamentary Assembly in 1999. 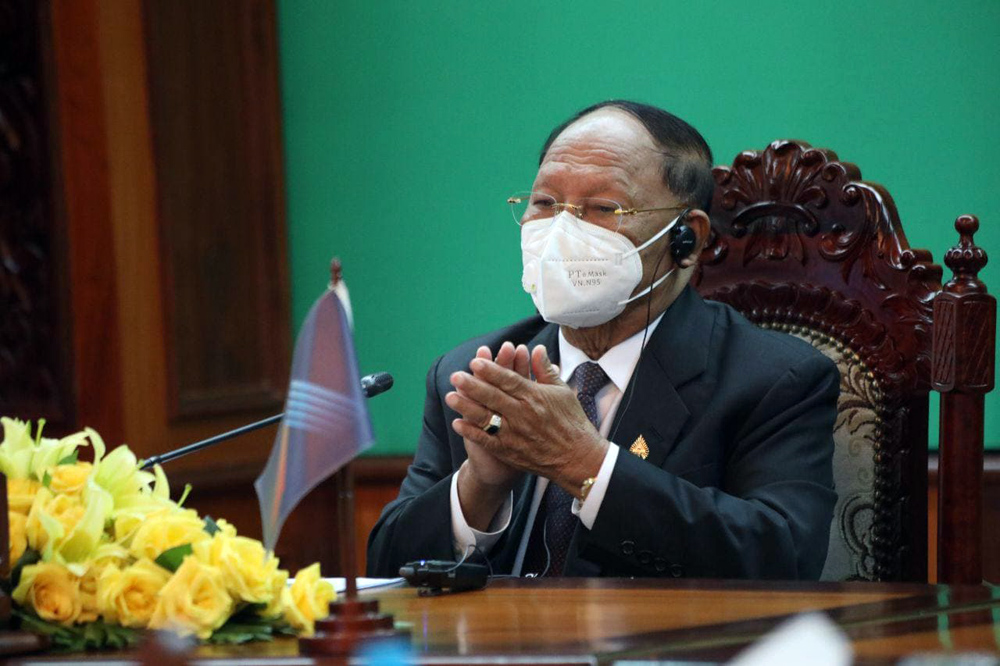 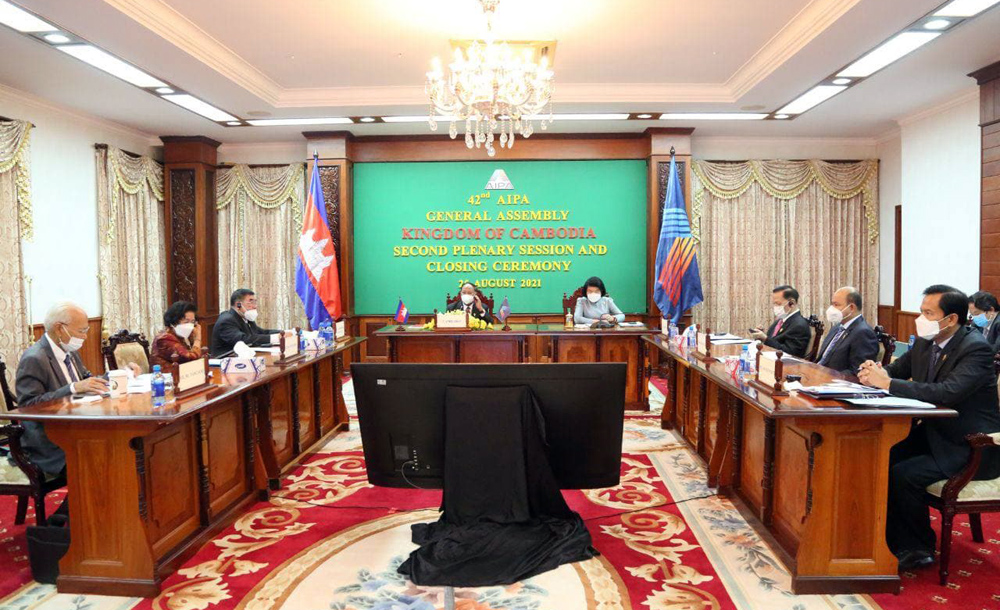