Prime Minister Samdech Akka Moha Sena Padei Techo Hun Sen signed here today a sub-decree to authorise the issuance, circulation and use of the commemorative banknote of 15,000 Riel (US$3.75).

This new banknote is 170-mm-long and 75-mm-wide with three dominant colours – purple, pink, and blue, said the National Bank of Cambodia is a Prakas (official announcement) made public this morning.

Last week, Prime Minister Hun Sen introduced a sample of the new banknote to Their Majesties the King and Queen-Mother, during his separate courtesy calls on the monarchs at the Royal Palace. 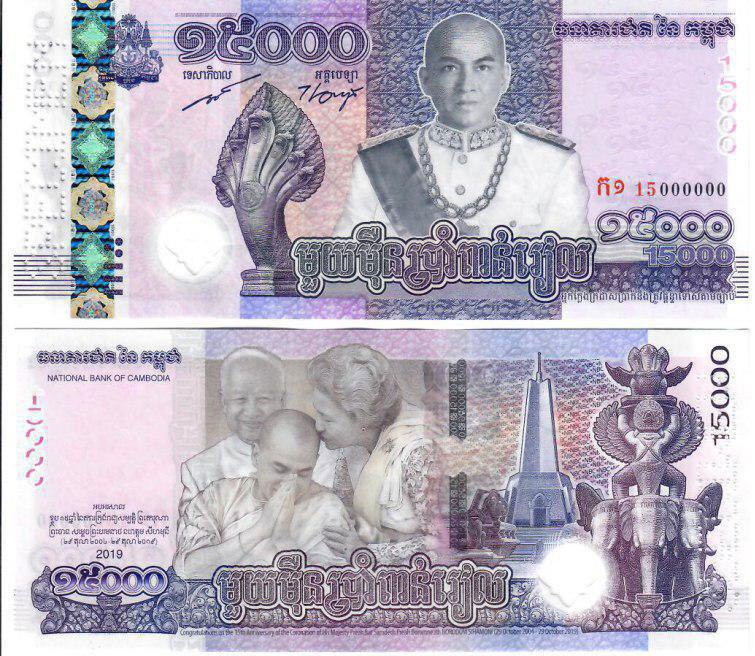 Krong Porli Ceremony for the Construction of Wastewater Trea...