This is the highlight from Samdech Akka Moha Ponhea Chakrei Heng Samrin, President of the National Assembly (NA) of Cambodia, while delivering his remarks at the plenary session of the 40th General Assembly of AIPA themed “Advancing Parliamentary Partnership for Sustainable Community,” in Bangkok, Thailand this morning.

It is necessary for AIPA to pay attention to, follow up and maintain its common stance in supporting multilateralism based on the principles of international laws, respect, understanding and consideration of mutual interests without interfering in the internal affairs, sovereignty and territorial integrity of individual country, which are the foundation of sustainable peace, Samdech Heng Samrin underlined.

As such, he continued, parliamentary diplomacy and partnership are crucial to foster regional and global development with sustainability.

The Cambodian NA president also underscored the need to boost sustainable development as fundamental principle and core point of ASEAN in order to achieve a closely integrated community in the future based on inclusive principle.

Taking the opportunity, Samdech Heng Samrin requested AIPA to take into consideration the effective use of labour force through implementation of improved social protection system among ASEAN member countries in order to assure that all migrant workers and their families are protected by law and provided with non-discriminatory public services.

AIPA serves as a legislative body of ASEAN member countries who take turn to host this annual event according to the alphabetical order of the countries, and Cambodia became a member of AIPA in 1999. 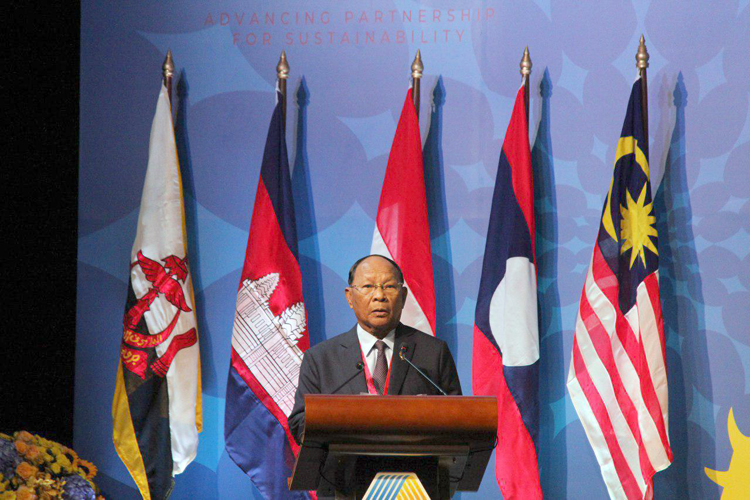